NARRATING THE JUNGLE: HETEROGENEOUS CONFLUENCES IN THE AMAZONIAN NOVEL 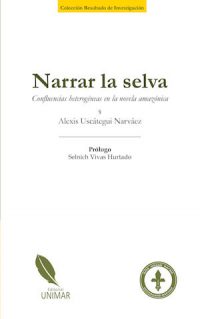 NARRATING THE JUNGLE: HETEROGENEOUS CONFLUENCES IN THE AMAZONIAN NOVEL

We are faced with a valuable and current text. First, even though the narrative of the jungle has been a subject practically forgotten by critics in recent years, it is currently having a renaissance in international interest. The need for knowledge of nature and the imaginaries about it, is a vector of natural interest in the face of the urgent demands of climate change. Second, because the narrative of the jungle has been barely studied and here is offered a form of systematization, of organic treatment, with some little-known texts that are highlighted, with a pertinent bibliography. Also because the Amazonian narrative can not stop playing the rubber drama, with its characters, its monsters, its critics, with the role of the intellectuals and with the difficulties to expose the unofficial history.