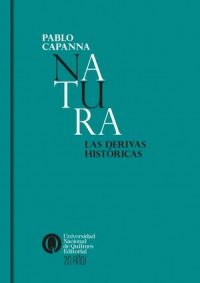 It is the story of nature concept that travels through paths not so visited and a story that suggests another way to understand modernity. Apart from the big linear tales and the sceptic tale that refute them, the book analyses the agreement and disagreement of the metaphysical basis upon which we built our vision of the world. This book explores the interaction between history of science, religion, philosophy and esotericism that are commonly seen as antagonists. From this perspective it is easier to understand the role played by the most popular figures and to highlight some conflicts. This book puts special emphasis in last century and has as protagonists the four edges that since ancient times have been fighting for the comprehension of the world: Greek nature, Biblical creation, gnostic acosmism and the hermetic anthropocentrism.