NOTES IN A DIARY 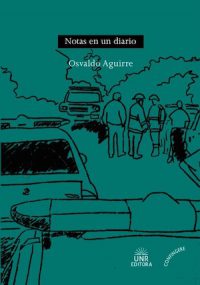 NOTES IN A DIARY

A writer begins to work in the police section from an important newspaper, at the time when the newspapers represent the holy word, the voice that formulates the final verdict of a society before itself, as if printed paper were the place where monuments were erected or someone was sentenced to hell. Such power is relative to that time, and the writer arrives with the mission of participating in a process of modernization; when the old habits can be questioned, someone must bear witness of a dying era and the beginning of a new one, a story less committed to the powers of the day and more faithful to one’s own perception of the world. Then, this is, a journey from where writing the world of the police and criminals "job" begins, crossed by the literary influences and experiences of the chroniclers who made history with clay.