The Journalist Who Imagined Brazil 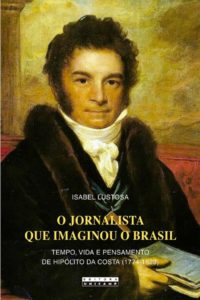 The Journalist Who Imagined Brazil

An intriguing aspect of Hipólito da Costa’s biography is the short time he lived in Brazil in contrast to the amount he wrote about and for Brazil. Born in 1774, in Colônia do Sacramento, he spent his childhood and adolescence in Rio Grande do Sul, graduated in Coimbra, visited the United States, was arrested by the Inquisition in Portugal, fled, exiled in London, where he died in 1823. With the arrival of the Court to Brazil in 1808, he decided to launch a newspaper, the Correio Braziliense, which would only stop circulating after Independence. Its trajectory is a demonstration that homeland is much more than a geographical space. As a journalist, he imagined Brazil and contributed to spreading the idea of ​​nation among his compatriots.