Odebrecht. The corporation that captured Governments 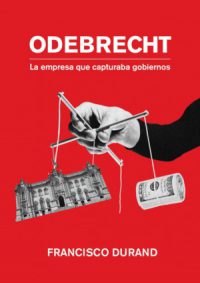 Odebrecht. The corporation that captured Governments

Odebrecht was considered the gold standard of Brazilian business and a symbol of Brazil’s emergence as an international industrial power, but time has shown that this company is behind some of the most important corruption scandals in recent Latin American history. This book is one of the best and most recent investigations about the Odebrecht corporation. The topics discussed by the author, sociologist Francisco Durand, are the corporate capture of the State, its modus operandi, the impact of bribes (coimas) on Governments and how we can learn from this to prevent future corruption scandals. The book is based on the revelations of the Lava Jato case and the independent investigations carried out by the press and by the Judicial System in Peru, the United States, Brazil and Andorra.