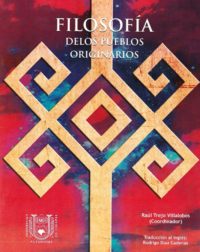 The meaning of “philosophy” as “love of wisdom” is well known. Nevertheless, beyond its etymology, throughout history many and various meanings of it have been thought. One of them, proposed by Edmund Husserl at the beginning of 20th century, considers philosophy as “strict science”.
Another one understands it as a “spiritual expression of man”, as a “worldview”, worked through several years from the end of 19th century and the beginnings of 20th, by Wilhelm Dilthey. Although both philosophers are thinking mainly and primarily in and from western culture, it is the second one who allows us to elaborate the next expression: “philosophy of native people”.
By this we understand the worldview expression of native people, or at least part of it. It is in this way, then, that some thinkers speak to us in this book about “consciousness”, “spirit”, “power”, “essence”, “action”, among other problems of philosophical nature.