Polymers. Introduction to their characterization and the engineering of the polymerization 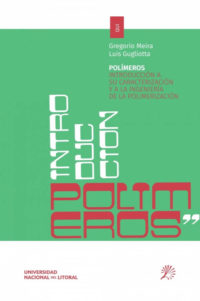 Polymers. Introduction to their characterization and the engineering of the polymerization

The human beings are made of complex macro molecules, such as proteins and the DNA, and since prehistoric times, man has used natural polymers like wood, wool and rubber. But this book is especially about syntactic polymers, which humanity started mass producing since mid 20th century. In the first part, the main techniques of polymers characterization are described , which relate to their molecular structures , morphology and physic mechanical properties. In the second part, the different polymerization processes are described , emphasising its mathematic shaping and optimization, and also in the process of acquisition of polymers with special features. The polymeric field is multidisciplinary and involves not only the basic sciences ( chemistry, physics, biology) but also some of the applied ones (engineering, chemistry, materials engineering and biotechnology).this work is aimed at university students ( graduate and post graduate students ) and for industrial professionals who are interested in the polymers science and technology.