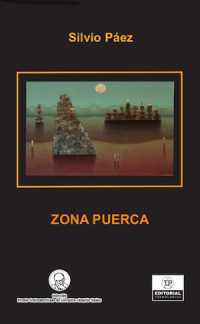 Pork Zone is the recognition of everyday that is sunk in a background of beauty and pain, of a city and town that have learned to extend their life beyond noise, geographical and historical catastrophes, beyond their incipient and heated modernity; the poems are steps through a specific area of the creole universe, the (un) human of Managua, a city formed between bays of stalls, the putrid beach of a lake and the eternal look of a volcano that, in vigil, watches what happens to the creatures that swarm through its streets, that live in a city center that does not exist and that whisper the marginal voices who dissipate between the dawns, the sunsets and the nights that shelter the city.