RELIGIOUS DISSIDENT AND SOCIO-CULTURAL CONFLICT: EVANGELICAL TACTICS AND STRATEGIES OF STRUGGLE FOR THE MODELING OF THE PUBLIC SPHERE IN COLOMBIA (1912–1957) 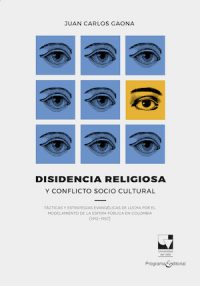 RELIGIOUS DISSIDENT AND SOCIO-CULTURAL CONFLICT: EVANGELICAL TACTICS AND STRATEGIES OF STRUGGLE FOR THE MODELING OF THE PUBLIC SPHERE IN COLOMBIA (1912–1957)

History of the religious fact, history of the evangelical press, intellectual history of the Presbyterianism, and history of the religious sociability. This book introduce the evangelical tactics and strategies to get a place in the country and a period characterized by the hegemony of the literate power. The press, the communication networks through letters, the sociability of laics and educational projects—school as well as civic projects—served up as production devices, circulation, questioning, and even as cultural resistance to face the Catholic corporate model and its inherent moral. Since the importance of the religion in the conformation of feelings, worldviews and attitudes of citizens before power, the world of politics, and the dynamics of the sociability in general. This book shows how a relatively small religious dissidence has developed long-range processes in social life, such as secularization and democratization.