Santo, The silver-mask man: myth and reality of a modern mexican hero 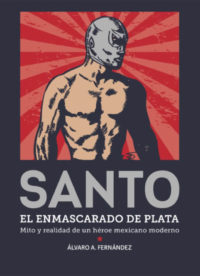 Santo, The silver-mask man: myth and reality of a modern mexican hero

Santo, appeared at the right moment of Mexican modernity: when the charro released the reins of national pride and the wrestlers watched in the ring for the mentality of an increasingly urban and cosmopolitan Mexican. The ring, the movies and the comics together created a fascinating silver mask symbol that represented new values, dreams and aspirations. In this new edition, Álvaro A. Fernández exposes the birth and maturity of the modern myth embodied in a man who left his small town in Hidalgo, changed the rudos corner of wrestling ring for the technicians and fought against beasts, infernal men and vampire women, until reach the top of the collective imaginary.