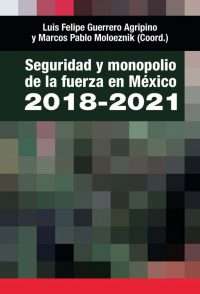 When performing an imaging test, radiologists introduce contrast substances into the body that, when revealed, allow the contour of the organs to be observed to thus offer a diagnosis. It is in this sense that this work begins by defining key security concepts to propose adjustments and then, by contrast, generate an image of the panorama in Mexico. True, emphasis is placed on the first half of the current six-year term, but also an examination of recent history and the evolution of public policies. Broad-spectrum topics such as the creation of the National Guard, the use of the Armed Forces within the territory or the violation of human rights are put to the test to offer practical evidence, observed through legal statutes and force the reader, and even the authorities, to a position (without inducing it). Ediciones Akal México and the Universidad de Guanajuato present this relevant work of current interest.