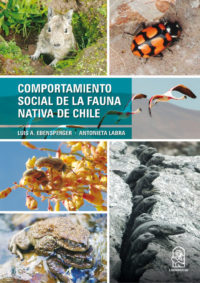 Social behavior has emphasized the use of few laboratory species, as well as wild species from different regions of Chile and other neighboring regions. This book explores the studies carried out in lesser-known species, such as some vertebrates and invertebrates native to Chile, which have a high potential to contribute directly to an integrative development of the existing theory. The chapters of this book address the diversity of elements of social behavior examined and how these elements differ or resemble those of other species already studied. In addition, until now dispersed information is now delivered in an organized manner on various attributes of the social behavior of native Chilean species. The need and importance of further developing the scientific study of social behavior in native species is emphasized. This volume seeks to educate a non-specialized public about the uniqueness and scientific value of the social behavior that characterizes the native fauna of this country. In addition, it is expected to encourage students and researchers from related disciplines to consider local social models and explore new bodies of study to address novel and integrative problems.