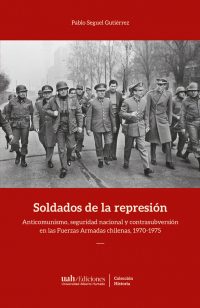 Due to the lack of a defined program of action, the war-military factor unified the Military Government and the deepening of the counter-subversive war gave the coup of the Armed Forces a historical meaning. This factor led to an elaboration within them regarding the need to more effectively face the "war against subversion" in the months of October and November 1973. This repressive turn, more than a break with the counter-subversive rationality, is the materialization of this in a different war scenario that conditions the possibility of carrying out the dirty war that the Military Junta needed to provide itself with historical coherence and reason for being.