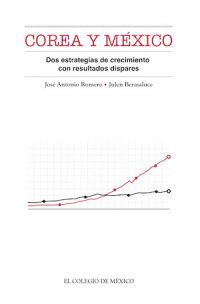 In the early 1980s, Mexico had a stronger economy than the Republic of Korea. In those days, no one would have foretold that. Less than half a century later, South Korea became a developed country while Mexico still were an under-development country. Mexican and South Korean economic policies explain their respective results. This book analyze what happened in these countries and by studying both nations recent economic history, we can unravel one of the questions lying at the heart of economic science: What are the keys to explain how one country has developed, but not the other?