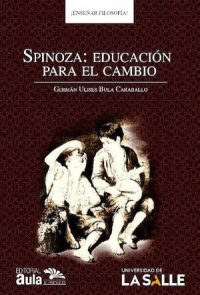 An idea of non-reproductive education is structured based on the postulates of Baruch Spinoza, a prominent seventeenth-century philosopher. Bearing in mind that the behavior of the human being depends to a great extent on the education he receives, the author ventures into this issue not without first clarifying that the concept of Education was not present in the time of Spinoza. Therefore, it carries out an exhaustive exercise of reflection and analysis from which is extracted what would be the philosopher’s vision about this issue, which is a central point of discussion for the progress of current societies. Subsequently, a proposal is structured about how people should be educated, which is not suitable for those who are satisfied with the functioning of their social environment. In general, in addition to knowing Spinoza’s ideas, this book represents a valuable contribution to delve into the postulates of rationalist philosophy through one of its most distinguished representatives.