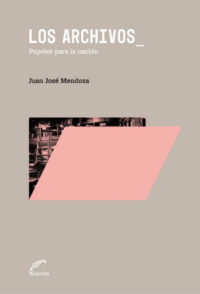 In The Files, there is a series of queries across websites, libraries and universities from the United States, Europe and Latin America, which seek to answer a question regarding the future of our traditions. Google and the new status of files in the digital age, the visits to the manuscripts archive of Princeton University –in pursuit of the manuscripts by Ricardo Piglia, Victoria Ocampo or Juan José Saer–, the destruction of the National Library of Iraq, the conversations with Roger Chartier, Jorge Carrión, Agustín Fernández Mallo, García Canclini, Horacio González and with the publisher Jorge Álvarez, the behind the scenes of some of the debates that are involved in the digitalization of the fonds of our libraries in the era of transformations, or the interviews to the photographer and designer Ronald Shakespear in relation to the photographies as storage media of the collective memory. All these issues are included in a book that reflects upon the paradoxical relations that the present keeps with the past.