THE IMMACULATE HARLOT. ANTI-CATHOLIC AND ANTI-PROTESTANT DISCOURSES IN COLOMBIA IN THE NINETEENTH CENTURY 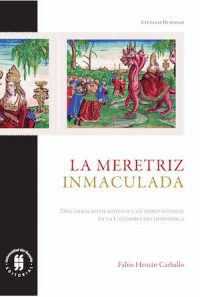 THE IMMACULATE HARLOT. ANTI-CATHOLIC AND ANTI-PROTESTANT DISCOURSES IN COLOMBIA IN THE NINETEENTH CENTURY

This book analyzes prominent discourses against Protestantism and Catholicism in Colombia in the nineteenth century. It shows a history of Protestantism from 1825, the arrival date of James Thomson, agent of the british and foreign bible society, until 1877 year of departure of the Presbyterian missionary Henry B. Pratt. It recounts the life of some of the Protestant leaders who tried to establish churches in the middle of the discussions provoked by their presence: James Thomson, Ramón Monsalvatge, and A. J. Duffield, among others. The debates between Presbyterian missionary Henry B. Pratt and Catholic apologist José Manuel Groot occupy a prominent place in the narrative. This work aims to demonstrate that apocalyptic discourse, both Catholic and Evangelical, was at the heart of discord.