THE KNIFE OF WAR. FROM FROM PREHISTORY TO AFTER MALVINAS 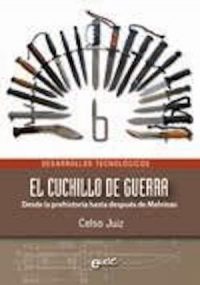 THE KNIFE OF WAR. FROM FROM PREHISTORY TO AFTER MALVINAS

In the dawn of mankind, the knife was for the man an essential instrument for survival and everyday life. Over the centuries, its improvement and its use were linked to the appearance of iron and, much later, to the appearance of steel. Thus, daggers, stilettos, facones, daggers, among others, emerged. The bayonet, as a precursor of the modern combat knife, allows to converge its massive use from the First World War and its optimization during the Second. With the appearance of new materials used for its construction, knife applications were expanded and its efficiency and design were perfected. In this way, it evolved in the military field as a combat weapon and as a tool, and in other areas, such as hunting and collecting, it became a versatile weapon.