THE LANGUAGE OF TV SERIES 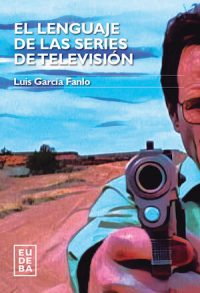 THE LANGUAGE OF TV SERIES

The hypothesis proposed in this book states that TV series have an exclusive language of their own. To support his hypothesis, he carries out a thorough survey from a comparative and psychological approach. He suggests a journey through the history of TV series and proves that the true origin of serie’s narrative can be traced back not to films, but to radio dramas. The book includes an analysis of emblematic series: Dexter, as a landmark of “psycho killers” series; Battlestar Galactica, landmark of science fiction series; and Lost, landmark of fantastic series. After theoretically developing the features of series language, theory is applied to a case analysis: Breaking Bad. The author also assesses how the Internet affects this field and what are the perspectives in view of the future.