The Literary Comedy. A Global Memory of Latin American Literature 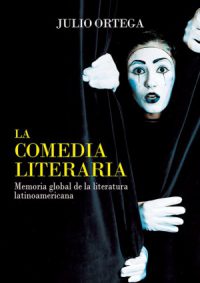 The Literary Comedy. A Global Memory of Latin American Literature

This is one of the most exciting books about Latin American literature by the renowned literary critic Julio Ortega. These memoirs not only account for the critic but also for a close friend of most of the writers of the Latin American boom. Reading this book is a trip to the past. It helps us to learn about the literary history through anecdotes and correspondence between the author and writers like Mario Vargas Llosa, Julio Cortázar, Gabriel García Márquez and Carlos Fuentes. His memoirs begin in Barcelona and, three years later, they end up in La Habana, cities where the author was a professor of the international program of Brown University. These are stories situated between parallel coasts that weaved, on one hand, the evocative thread and, on the other, the dramatic one. They represent a recount encouraged by the exile plot through the literary testimony lived in Latin America, the United States and Europe.