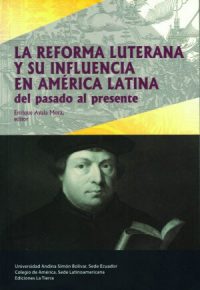 After Martin Luther posted his Ninety-Five Theses on the door of Wittenberg churches, the Protestant Reformation spread throughout northern Europe. The Catholic Church, however, managed to interrupt its dissemination in the south. Imperial Spain was the bulwark of the Counter-Reformation and, thus, sealed its American colonies against the Protestants. Still, the Reformation influenced them because the severe Tridentine rules marked Catholicism, until the twentieth century, in what later would be called Latin America. In Spanish and Portuguese America, Protestants were persecuted by the colonial power. A space in the different Latin American domains was conquered only when independence was attained. From the first decades of the 19th century, the growth of Protestantism in the region, driven by missionaries from Europe and the United States, was linked to the development of the national states and the struggle for freedom of thought and worship.

Since then, evangelical communities and missions have influenced the life of Latin American societies in several ways, especially in the consolidation of secularism, the recognition of their diversities and identities, as well as in social and political life. The impact of Bible translations on the preservation of the culture of several indigenous peoples and the electoral influence that evangelicals have recently reached in some countries are two significant samples. This book gathers studies on the influence of the Lutheran Reformation in Latin America from the 16th century to our days. Secular historical visions and theological reflections converge in the work, which may help enlighten the debate on this transcendent fact.