THE NGÖBE FROM SOUTH PACIFIC 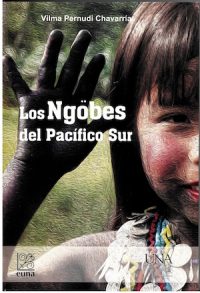 THE NGÖBE FROM SOUTH PACIFIC

Over three thousand years ago, the Ngöbe had south Costa Rica as a transit route and in the twentieth century, they settled as their homeland searching for better living conditions. This book has three parts: the first one, addresses topics such as pregnancy, childbirth, partner relationships and midwives leading role as primary socialization agents. Without ignoring the ancestral practices, the book also addresses the intercultural health of the indigenous lifestyles. The second part, describes the migratory route and the everyday life of the indigenous families who extended their migratory trajectory to the interior of the country, driven by the unstructured processes of Costa Rican agricultural labor markets. The third part exposes on religion, the Ngöbe worldview and philosophical ideas, basis of the identity of people full of knowledge, myths and legends.

The author has been recepient of the following awards:
Winner of Certamen UNA-Palabra, Premio Universidad Nacional 2017
Winner of the National Equileo J. Echeverría Prize, in the Novel category, 2013
Winner of the Lámpara Dorada Prize by Colegio Internacional Canadiense, for her defense of Women’s Rights, 2016
Declared as "Builder of Peace" by Costa Rica’s Ministry of Justice.