THE NIGHT OF THE LONG WALKING CANES 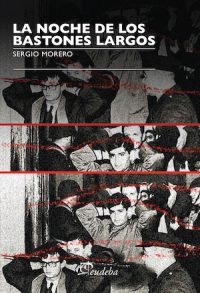 THE NIGHT OF THE LONG WALKING CANES

On July 29, 1966, the atmosphere was tense in the university environment of Buenos Aires. Groups of students were said to have taken over some University Schools with the aim to resist the military intervention. Dictator Juan Carlos Onganía, who had overthrown President Arturo Umberto Illia, decided to place the universities. On July 29, Sergio Morero, who worked at the newsroom of Primera Plana magazine, located at Perú 367, heard alarms, breakings and screaming. Not far from there, at the School of Exact Sciences, the national guard and the federal police stormed into the School with long sticks, crashing everything in their way and beating students, teachers and authorities out. Morero’s chronicle on that event was called “the night of the long sticks” in reference to the sticks the repressive forces used.