THE ONES AND THE OTHERS. COMMUNITY AND OTHERNESS IN LATIN AMERICAN LITERATURE 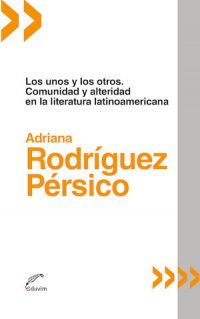 THE ONES AND THE OTHERS. COMMUNITY AND OTHERNESS IN LATIN AMERICAN LITERATURE

Rodríguez Pérsico conceives criticism as a form of intervention, both in literature as in life, which is to stay open to current challenges and madness. Los unos y los otros goes through Latin American literary texts of 19th and 20th century, making connection between canonical and strange texts, the center and the periphery, with an identical enthusiasm and against every idea of hierarchy. In this singular group, remarkable figures are included such as Sarmiento, Alberdi, Rojas, Rubén Darío, José Martí, Machado de Assis. Girondo, Borges, Piglia, but also others closer to the margins such as Holmberg, Cancela, Sicardi or Castelnuovo.