The Procrustes´ silences and the efforts of Theseus. Disabilities and university and indigenous accessibility 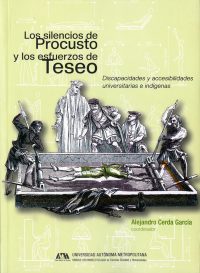 The Procrustes´ silences and the efforts of Theseus. Disabilities and university and indigenous accessibility

The figure of Theseus, that character from Greek mythology who opposes Procrustes' idea of coupling all bodies to the size of his bed, serves here to represent the historical and current demands and proposals of people with disabilities . Theseus of the 21st century show the contribution of their theoretical perspective through Disca Thought and Crip Theory, or from the criticism of ocularcentrism, audism or psychosocial stigma. And, at the same time, they show their arenas of mobilization and claims, among which are public universities and, in an almost forgotten way, rural and indigenous contexts.
People in disabling conditions burst, shake and place themselves in institutions and in public space, almost always counterflow, as political and legal subjects whose voice, perspective, corporeality and epistemic contributions are essential to understand and move towards the expected inclusion and accessibility in all social spheres.