THE SPHERE OF POLITICS 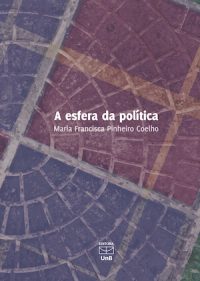 THE SPHERE OF POLITICS

There is great disbelief in politics today, especially the institutional, particularly in the instances of representation of power and the State. This book deals with the sphere of politics that extrapolates the institutional dimension. It gathers articles written in the period from 2006 to 2014 and is divided into two parts: the first one, "Politics and public sphere", is constituted by works based on the political thought of Hannah Arendt, most of them presented at Arendtian academic meetings; the second part, "Political sphere: reflections on Brazil and Latin America", deals with issues related to the problem of generations, ideologies, authoritarianism and democracy, specifically in Brazil and Latin America. The sphere of politics covers both the space of dispute for power and the general public sphere, constituted by processes of formation of public opinion.