The straw in the moor. Social outbursts, repression and indigenous peoples in South America. About October 2019 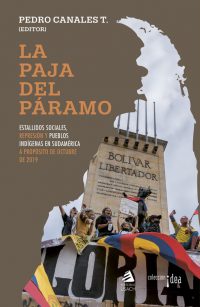 The straw in the moor. Social outbursts, repression and indigenous peoples in South America. About October 2019

If we take a close look at the social demonstrations of October 2019 in Latin America we can see that the native peoples had a leading presence. In Colombia, Ecuador, Bolivia, Chile and southern Argentina, indigenous peoples were a gravitating part of the protest and social pressure against the central authorities and their ways of governing.

It is not the first time that indigenous peoples and nationalities have articulated collectively to express their demands, but for decades they have had to endure the invisibilization of their bodies, their struggles, aspirations and ideas for the future. The straw in the moor. Social outbursts, repression and indigenous peoples in South America, on the occasion of October 2019, brings together eight essays presented in geographic perspective largely because the underlying theme converges in all cases: Nation states, social crises, indigenous peoples and violence against these peoples.

Despite the systematic violence, racism and denial exercised by Latin American states, indigenous organizations have walked forward, proposing ways, ideas, horizons, in the task of thinking and building new spaces for the coexistence of men, women and free territories.