THE TANK. MORE THAN A WAR MACHINE 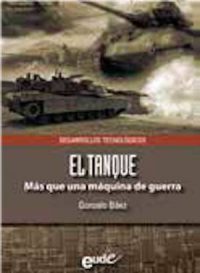 THE TANK. MORE THAN A WAR MACHINE

This book tells the history of the battle tanks from a technical and technological perspective. In this research, which took five years, Gonzalo Báez describes in detail how protection, armament, engine types, suspensions, and aiming systems evolved, among other components. The evolution of the tank as a war machine contains several stories, anecdotes and miscellaneous barely known. Several military analysts considered, towards the end of the 90’s that the tank was going to be obsolete in the new millennium. Despite this, it has been present in all recent conflicts, new models have come to light and everything indicates that your participation is assured in the future.