The Theory of Natural Selection 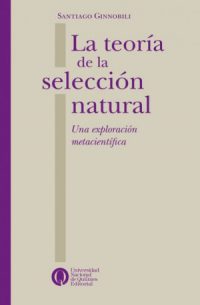 The Theory of Natural Selection

This book analyzes and reconstructs one of the scientific theories that provoked most discussions in the fields of biology, philosophy and society: the theory of natural selection. This theory, that is at the core of evolutionary biology, is central to the Darwinian revolution: one of the most radical changes occurred in the history of science and, certainly, the one among those which had the most consequences in science in general, in philosophy and in the way we perceive ourselves in the world. Although this theory seems easy to understand, it has been especially elusive regarding the reconstruction attempts, and there is no agreement as to its structure or to which its main concepts are. This work, based on the conceptual framework provided by the metatheoretical structuralism, proposes a reconstruction that allows not only to inform properly how the theory works in present scientific practice, but also to explain thoroughly the philosophical significance already mentioned. Considering the disagreements stated in the philosophy of biology, but also in texts and handbooks of evolutionary biologists regarding the proper mode of presentation and the nature of this theory, the reconstruction strategy is to challenge the theory in its origin as stated in the texts of one of its codiscoverers, Charles Darwin. Thus, the aim of this book is not only to explain thoroughly the structure of the theory, but also its place in Darwin’s thought, in the Darwinian revolution and in evolutionary biology.