The War in the Balkans 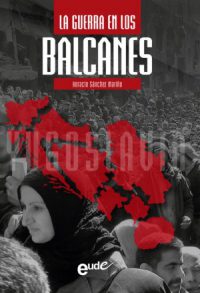 The War in the Balkans

Between 1989 and 1999, a war was developed in central Europe as a result of the macro crisis of the communist bloc and the changes in the structure of the international system, on the one hand, and of a deep internal political and economic crisis, on the other. The inflammation of the nationalism of the different factions with a view to achieving ethnic, cultural and religious homogeneity in the reputed territories as their own made ethnic cleansing, mass rapes and genocide acceptable practices. The war in the Balkans seeks to study this particular armed conflict, to understand a little more the phenomenon of war in general, where the people, the armed forces and the rulers intervene. What happened in the Balkans allows us to observe these protagonists in action, wrapped in a particular context. In the line of the classic thought of General Carl von Clausewitz, with abundant bibliography, special interviews and personal experience in the field, Sánchez Mariño demonstrates how the stimulation of nationalist passion was aimed at achieving cohesion behind political objectives and that the dismemberment of Yugoslav state was not the product of spontaneous effervescence.