THE WORD AND THE ACTION. FOR A DIALECTIC OF LIBERATION 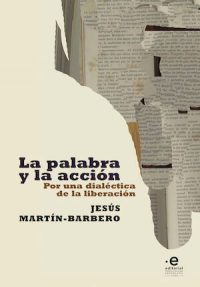 THE WORD AND THE ACTION. FOR A DIALECTIC OF LIBERATION

"The book you hold in your hands, dear reader, is a doctoral thesis in philosophy, directed by Professor Jean Ladriére, PhD, and presented at the University of Louvain Belgium in December, 1972. The first thing you are going to run into is the long distance from the time that goes from the happy sixties to the troubled times we went through at the beginning of a new or so-called century. Of course, in the nervous and unsettling times we live, there are many people who, by contrast, are convinced that the world is going well! the title of this book is a world of ideas. The bare concept of "The word and the action" belongs to the most densely philosophical world. That is why I needed the subtitle "For a dialectic of liberation", whose key takes us back to another era—that of the sixties and seventies—in which the now-old Marxism was still current. J. M-B