THEORIES OF EVOLUTION. NOTES FROM THE SOUTH 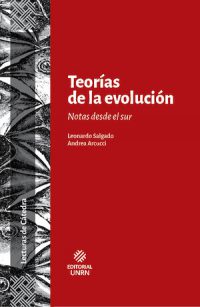 THEORIES OF EVOLUTION. NOTES FROM THE SOUTH

This book exposes and reviews the arguments and main hypotheses of the current Evolutionary Theory that have been in conflict during the last 200 years. It is not an exhaustive treatise on theory, but rather a cut based on a shared Latin American vision of some evolutionary problems, past and present. Throughout the book are exposed, analyzed and discussed the different, and sometimes contradictory, alternatives suffered by the Evolutionary Theory since its inception in the 18th century and how the current theory was configured including and discarding ancient and current controversies. The central line of the book, which comes and goes chronologically, aims to frame these diverse ideas around the broader epistemological debate between internalism and externalism, which has also been expressed as a philosophical debate between structuralism and more classical adaptationism.