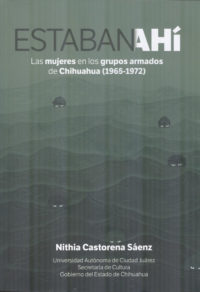 This work is based on hard academic research, which can be considered a solid and consistent contribution, not only to the inclusion of half of the population, women, in the narratives of the past, but to the contemporary history of Chihuahua itself. The text is composed of three general paratados at the beginning. In the first, an analysis is made of the forms of participation from which women were involved with the armed groups of the time, and a brief overview is given of the production of related studies. In the second section, it is outlined a brief Latin American context of the emergence of guerrilla groups that arrived to the north of the country, such as the Cuban Revolution and Debray and Marighela’s texts; as well as what is related to the economic policy. In the third section, there is a photograph of Chihuahua in operation of the National Liberation Movement summoned by Lázaro Cárdenas. The following five sections are dedicated to each group in the research. At the end, there is a space for conclusions that are expected to become provocations for future historical research.