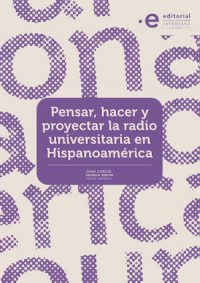 The first university radio stations in Latin America date from the second decade of the twentieth century, but their growth was only remarkable since the 70s. In the transition to the 21st century, university radio became a true communicative phenomenon, thanks to the appearance of online radio. Currently, there is a wide variety of radio proposals, marked by the type of institution to which they belong. Similarly, and unlike United States university radios, where students work with a high degree of autonomy, Latin-American university radio is characterized by more direct control from the institutions in which it operates. This book invites to reflect on the phenomenon of university radio—academically understudied in the region—from different points of view and different radio experiences in Colombia, Mexico, Costa Rica, Spain, and Germany, as well as their bets, limitations, and opportunities.