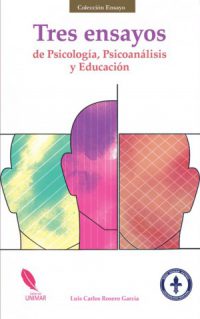 The reader will participate in the reading of three chapters, following the metaphor of Freud’s book. The first of them is interested in a topic of great interest and topicality in the educational, clinical and social field, such as the Inclusive Education Program, which has generated a change of paradigms that range from the previous special education proposal, passing for school integration, until reaching the current model of inclusive education, which brings with it a central reference located in the subject.

For the second chapter one of the central interests that guide the author’s epistemological support has been taken; that is, Psychoanalysis, and it has taken the theoretical, clinical and social contributions of Freud, as the pre-text for its construction. With Freud’s fundamentals, an approach is made to some of the contributions of Lacanian psychoanalysis, which deserves further expansion in an upcoming publication.

And, as a ‘desktop’, an additional chapter is included in which some of the interventions that have been carried out in the Ecos de Pasto radio station are selected, where in the Sunday program ‘Dynamic’, there is the radial column ‘Space for the Psychology’. The chosen pages follow a common thread: the family, because it is a context that deserves our attention, intervention and the greatest care.