Thresholds of memory and disappearance: Studies on Colombia and Mexico 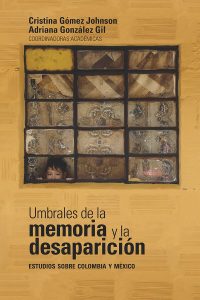 Thresholds of memory and disappearance: Studies on Colombia and Mexico

The texts included in this book result from years of reflection and interdisciplinary exchanges. The Permanent Seminar on Violence(s) and Human Rights at the Department of History of the Universidad Iberoamericana, developed for more than five years, has served as a niche for this exchange and facilitated the incorporation of other initiatives and independent research by members of the group. To comprehend what violence means and its most severe manifestations in our Latin American contexts, in this occasion, we looked at case studies that have helped us understand the dimension and diversity of the associated phenomena. Similarly, we examined the implications of research on and in contexts of violence, specifically addressed in the first chapter. We began by acknowledging the need to discuss different approaches to offer a comprehensive map for the interpretation of the phenomena associated with violence, seeking to overcome the commonplace according to which they result from the internal armed conflict, in the case of Colombia, and the war against drug trafficking, in the case of Mexico. The identification of the particularities of these phenomena, an exhaustive examination of specific instances and the context marked by coordinates of time and place, and the recognition of actors and actions, among other factors, have been part of this construction.