Torture: The crime of Colima 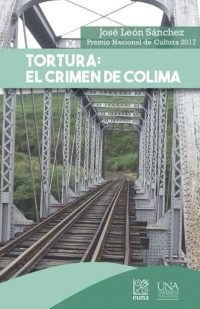 Torture: The crime of Colima

"Torture: The Crime of Colima" is the first book that this distinguished author wrote during his period of imprisonment. This work tells the story of two cellmates unjustly accused of a horrendous crime that occurred in December 1951, which shocked Costa Rica. The confession of the accused, as ruled by the Third Chamber, at the request of Lic. Houed Vega, years later, was the result of "serious vices that violate the right of defense, in addition to the pressure of public opinion and poor police action, highlighting physical and moral coercion" (Sentence 0462, November 4, 1994). José León once again captivates the world of letters and human rights with the new release in Costa Rica of this work, now published under the EUNA label. Essential reading for scholars of criminal law, human rights and, in general, for the public that recognizes Sánchez as one of the great Latin American writers.