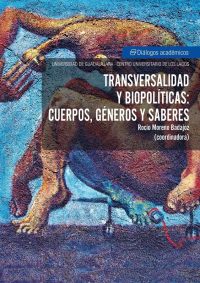 The work encourages differentiated biopolitical analyzes between female, male and/or trans bodies. Four of the chapters map how in the framework of the management of biological processes, these materialize not only in families, but specifically in women's bodies as the main target for the ferocious expansion of neoliberalism. On the other hand, two chapters discuss the recolonization and subjection of bodies and the biological processes of the population through transiting between the past, specifically in the processes of animalization of pastoral power in the period of the Conquest, and the daily present. from the "algorithm device" where constant looking and writing are consolidating an extremely guarded and closed world. The work proposes us to rethink new ways of gender, new ways of doing politics and new ways of living-existing collectively.