TRUMP AND THE DIÓGENES BARREL. AMERICA IN CRISIS AND THE CRISIS OF MODERNITY 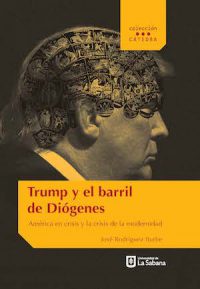 TRUMP AND THE DIÓGENES BARREL. AMERICA IN CRISIS AND THE CRISIS OF MODERNITY

Will Trump’s be a different populism from Obama’s populism, but populism after all?, will the billionaire Trump have the courage and the efficiency to break the umbilical cord of the great American oligopolies with the political elite of the greatest power in the world? Everything remains to be seen. The strengthening of political democracy demands, more than ever today, in the United States and throughout the so-called Western World the support of moral reason. It demands as protagonists in public spaces in a leading role, those honest citizens who with their bluff, urgently sought Diogenes, the philosopher who detached from material things to excess, who lived in a barrel.