TURN ON THE THEORY. READINGS OF MODERNITY FROM CONTEMPORARY LATIN AMERICA 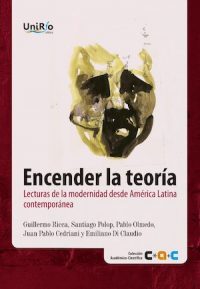 TURN ON THE THEORY. READINGS OF MODERNITY FROM CONTEMPORARY LATIN AMERICA

The writings that make up this book were elaborated taking into account, basically, two questions. On the one hand, the questioning of character, the constitutively problematic imprint of historical processes in modernity. On the other hand, the investigation around the phenomenon of reading in the field of theory in modernity and, especially, in Latin American modernity, which assumes, as one tries to show, the audacious and at the same time uncomfortable and inadequate intelligence of translation.