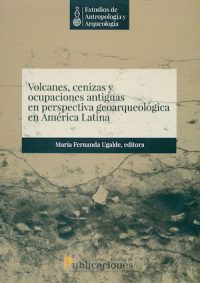 PUCE promoted the III Latin American Geoarchaeological Workshop in Quito, and opened its doors to archaeologists, geoarchaeologists, volcanologists and expert geologists from Ecuador, Argentina, Colombia, United States, Mexico and the United Kingdom, all of whom came together at this encounter. The thematic axis of the III Latin American Geoarchaeology Workshop was defined in terms of the natural events that had the greatest impact on the pre-Columbian populations of present day in Ecuador, with these undoubtedly being volcanic eruptions. In the stratigraphies of archaeological excavations in the northern Andes, tephra layers are an integral component and frequently, their appearance is accompanied by evidence of various types of effects on ancient settlements. Thus, the topic of "Holocene Ash in the Northern Andes" brought together a large number of contributions addressing the subject from different perspectives. These are presented in this second volume of the Anthropology and Archeology Studies collection, of the PUCE School of Anthropology.