WITCHCRAFT AND COVENS IN THE HISPANIC WORLD 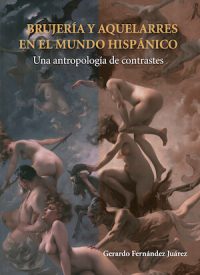 WITCHCRAFT AND COVENS IN THE HISPANIC WORLD

What was the impact of the Zugarramurdi process in the west Indies? What coven model was projected on American lands in the colonial context? Did the followers of Satan cross the Atlantic over their brooms, greased with the ointments of the green and stinking water that toads vomit? Did they organize their meetings in the American moors, sucking children "by the anus and the nature", practicing black masses, and cannibalistic banquets? This is not a book that intends to rethink the "state of the question" about modern witchcraft, nor its historical, political, or economic conflicts, nor the inquisitorial institution, but to think about the coven entity in its American projections and its consequences on the impact that chroniclers, clerics, judges, and prosecutors had on the consideration of the rituals of the Amerindian and Afro-descendant groups of the time.