WITH THE SCENT OF FLOWERS: THE “EQUATION FOR SUCCESS” IN THE FUTURE BUSINESS 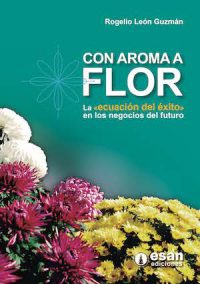 WITH THE SCENT OF FLOWERS: THE “EQUATION FOR SUCCESS” IN THE FUTURE BUSINESS

Frequently, companies which seem promising do not take off. They usually work for a period of time, but they close or die without having ever reached a point at which they begin to grow or be profitable. What is the reason to this? In “With the scent of flowers”, Rogelio León develops the “equation for success” concept which, as he says, has little to do with science and a lot to do with common sense. He draws from an analysis of one of the most impressive industries in the agricultural sector, the cut flower industry, in three countries which have notable production on a global scale. According to the author, successful companies share certain characteristics which make them viable and moreover, these characteristics give them elevated levels of competitiveness. By the end of this book, readers will be able to carry out this same analysis for their current or future industries.