Women: oblivion and politics of memory at the edges. Chile and America, XVII - XXI centuries 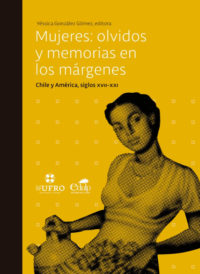 Women: oblivion and politics of memory at the edges. Chile and America, XVII - XXI centuries

This book brings together articles that question the dynamics of gender relations, recovering and redefining the presence of women in different parts of Chile and America from the 17th century to the present. From different documentary sources, the texts speak of women who star in criminal, labor, political and judicial stories, in which they exercise and not only suffer from the fabric of power. They are indigenous, mulatto and mestizo prosecuted for superstition and witchcraft that violate the rigid social structures of the Peruvian viceroyalty; abandoned women who delegitimize male control and work on the street; Africans and Afro-descendants struggling to acquire degrees of honor; pious women who organize themselves in groups to challenge the ecclesiastical authority of Lima, and, further south, women who resist the material and symbolic violence of the border society through contempt, transgressions and criminal behavior. They are the precursors of a genealogy that historians of the past and present are concocting to talk about them, while they dispute their own place of enunciation in academia and dismantle the codes of femininity.