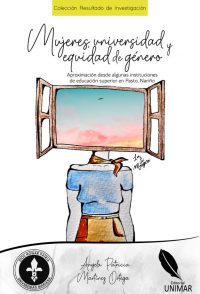 This book is the result of an investigative process in which it was intended to reveal the main institutional practices regarding four essential and closely related topics, namely: (i) the prevention and care of gender-based violence; the political participation of women; (iii) labor equity based on gender; and (iv) the institutional practices aimed at the economic empowerment of women and their inclusion in the economy, during the 2008-2018 period, in accordance with Colombian legislation and current public policy on the matter, so that the internal institutions policies were linked and the way in which the social role of each of them is assumed with respect to the restructuring of gender roles. Correspondingly, this document presents the results related to the prevention and care of violence against women, referring to physical, psychological, sexual, economic and patrimonial violence, which are studied from the point of view of women and their relationship with HEIs as students, workers and even activists. In this sense, not only it is made a review of the plans, programs and strategies for the prevention and care of such violence, but they are also studied from the context of labor relations and the participation of women, as issues closely related to overcoming gender gaps and the consolidation of a life free of violence for women, as a human right.