Zika in Brazil: recent history of an epidemic 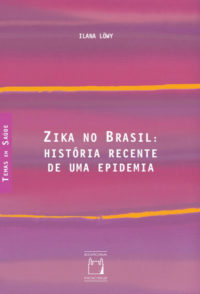 Zika in Brazil: recent history of an epidemic

The work presents, in accessible and objective form, the history and the most recent information from the scientific community about the Zika virus. Written by Ilana Löwy, historian of sciences and researcher at the French National Institute of Health and Medical Research (Inserm), the book shows, in four chapters, the many faces of a virus whose recent epidemic has become a huge challenge for professionals and public health managers in Brazil.
Löwy discusses the first Zika epidemics outside the country until the first reports on the arrival of the disease in Northeast Brazil and its relation with cases of microcephaly, in addition to the actions of agencies such as the Ministry of Health and the World Health Organization (WHO).
The enigmas about the disease, which has become a global phenomenon, are also raised, as well as the many variables and inequalities – economic, class, race and gender – that comprise the proliferation of the virus. The author dynamically addresses what she calls the rapid rise and fall of the Zika virus and the many questions and issues left by this virus. “The Brazilian Zika epidemic of 2015-2016 was a short, intense and frightening episode. The outbreak ended in 2016, but not in the long term, since the damage caused by a Zika virus infection persists in the affected children”, alerts the researcher.