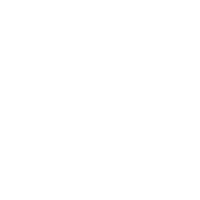 Abya-Yala is a publishing project of international collective nature at the service of indigenous peoples and people of African descent in the Americas. With more than 40 years of uninterrupted presence, Abya-Yala is considered one of the largest producers of social sciences in Latin America and its editorial line is related to the following areas: 1. Indigenous peoples, nationalities, people of African descent, and emerging identities 2. Development and social participation. 3. Public policies and human rights. 4. University teaching texts in social sciences elaborated from the perspective of interculturality. The publishing house is offered to academic institutions and authors of social sciences as a possibility of diffusion in Latin America, at the same time that it opens its doors to indigenous authors and writers at a time when their writings acquire a very important political meaning. Abya-Yala reaffirms its willingness to serve indigenous peoples and people of African descent, organizations, and social movements, specialists, academics, and independent authors, who see in us the opportunity to return to the community the results of their research and contributions. Our purposes are: 1. To rescue, document, and disseminate the cultural values of indigenous peoples. 2. To promote academic initiatives that enrich the debate on the indigenous issue and its rights through publications, documentation centers, conferences, symposiums, and university and academic centers. 3. The Abya-Yala publishing house is an organization that works to strengthen diversity and culture. 4. To position itself in Ecuadorian and Latin American society as a leading organization in issues related to Social Sciences. 5. To position itself in the market as a pioneer organization in the work of book production and the use of new technologies. 6. To promote information networks as spaces to increase the dissemination of their work and, therefore, diversity. 7. To promote academic initiatives that enrich the debate on the indigenous issue and their rights, through publications, documentation centers, conferences, pound launches, fairs, symposiums at university and academic centers. 8.  To establish contacts with NGOs and with different indigenous organizations to spread their ideas. More information in www.abyayala.org