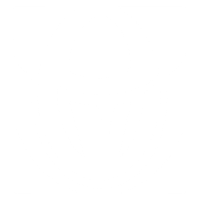 Ediciones Universitarias de Valparaíso (EUV), the Pontificia Universidad Católica de Valparaíso Press, is a publishing house founded in 1970 that has an important trajectory especially in the publication of academic books. Its work is not alien, in any case, to the disclosure of literary creation (novels, short stories, poetry, essays, chronicle) and dissemination texts. They emphasize, in their catalog, the collections of History, Law, Architecture, Linguistics, Music, and Folklore, which include books by prestigious authors, such as the National Awards Eduardo Cavieres (historian) and Margot Loyola (folklorist), and the jurist Alejandro Guzmán. The press has published works by other renowned authors, such as Lukas, Alfonso Calderón, Marc Augé, and even the Chilean Nobel Prize winner Gabriela Mistral. In recent years, it has also strengthened some lines, including literary studies, education, psychology and children's narrative. EUV is one of the most active university publishers in the country, with more than 40 titles published per year, and very present in editorial fairs and cultural events in Chile and abroad. In the last decade, it has participated in official missions of Chile in the fairs of Frankfurt, Guadalajara, Bogotá and Turin, among others. It has also intensely sustained its publishing work through the award of the Fund for the Promotion of Books and Reading of the Ministry of Culture, Arts and Heritage of Chile. Children's stories, juvenile novels, literary research, historical monographs, and philosophical studies are among the texts published thanks to the sponsorship of this Fund. The complete collections of Ediciones Universitarias de Valparaíso can be found at www.euv.cl.