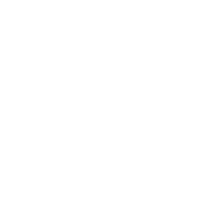 The story of Argos Publishing house begins to be written in 1992 when Argos was born, the University produced the first researches on the region and on teaching. There was also a need to put into circulation the academic knowledge that was produced. Thus, while publishing texts on issues about the region (today, there are more than sixty titles), such as colonization, development, politics, education, and art, Argos publishes works that contribute to the production of new knowledge in various areas, such as Chemistry, Engineering, Education, Literature, Development, Research, and others. Argos is a publishing house that belongs to the Community University of the Chapecó Region (Unochapecó). It is currently a reference among university presses in Brazil, not only for the credibility of the content it publishes, but also  because of the seriousness with which it treats the graphic, textual quality and distribution of its books. It aims to meet the objectives of the Unochapecó, committed to its scientific production, academic quality, democratic management, and outreach. Argos currently operates in the segment of printed and digital books, focusing on researchers, giving readers a broad access to scientific knowledge. In order to unify its publications in specific segments of books, Argos seeks, through its editorial lines, an even greater approximation to the readership through a visual standardization of its collections: Debates: It brings up a theme on which different views are analyzed from the perspective of each author and the existing scientific research. Didactics: They are theoretical-practical works that aid in the academic formation. Includes contents for the search of terms and anthologies. Major Themes: Results of research and guidelines and texts of foreign authors. Perspectives: They are works that have a pre-indication for publication. Generally they come from public announcements of entities related to the development of higher education institutions. Regional: Reflects the facts and the scenario of the southern region of Brazil, more specifically of the west of Santa Catarina. More information at: www.unochapeco.edu.br; argosargos@unochapeco.edu.br