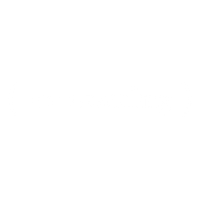 Founded in 1985, UFMG has been considered one of the most active publishers in the country, publishing works of scientific and cultural value that correspond to the teaching, research and outreach activities developed at the Federal University of Minas Gerais. Derived from an editorial policy based on a contemporary and multidisciplinary perspective, committed to the dissemination of scientific and cultural knowledge, Editora UFMG’s catalogue translates, through the diversity and quality of published works and authors, at national and international level, the scientific-cultural exchange that prevails in our academic environment. Our proposal is to foster the academic transit between domestic, national, and international production with the publication of leading authors of contemporary thought, many of them translated for the first time in the country. The intensive exercise of this editorial policy both supports an innovative choice of themes among university publishers as well as reveals a concern in breaking the disciplinary conservatism and the hierarchy between the diverse discourses that compose the academic field. In 2014 we began the production of ebooks in order to respond to the new challenges brought about by the great transformations in the book market: a growing demand for faster and more democratic access to information, and the new ways of reading and writing that have characterized knowledge in the contemporary world. With more than 1,000 published titles and an average of 50 titles per year, our catalogue is organized in collections that comprise different subject areas: Anthropology, Architecture, Chemistry, Computer Sciences, Ecology, Economy, Education, Engineering, Geography, Geology, History, Linguistics, Literary Criticism, Mathematics, Music, Philosophy, Physics, Political Science, Sociology, and Visual Arts.